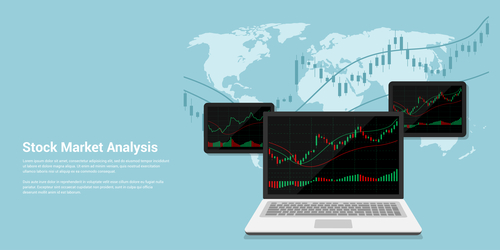 The end of the month flows are here as we entered the last North American trading session for October, and the market keeps some tight ranges. The Only currency that seems to move is the Canadian dollar, as the GDP just missed the forecast.

It is not the typical end of month one would have expected. Typically, the volatility would be on the rise a bit, as traders that can’t roll positions over will square them.

Yet, there’s no sign of that. Instead, tight ranges hold on major currency pairs, with patience being the name of the game.

There’s a saying in the Forex market that if the EURUSD pair isn’t moving, the whole Forex dashboard stays in range. It seems to be so right these days!

Last Friday the pair moved below 1.16 in the last trading hours, but so far this week wasn’t able no advance nor to decline much.

Almost 48 hours into the trading week, the pair is in a fifty pips range. It is true that there are plenty of economic events ahead of us, but if these ranges keep hold, consider the other pairs to follow suit.

Two more trading months for the rest of 2017 and the ones that missed the substantial EURUSD rally that started with the French elections will have lost the whole price action.

Other pairs moved in a range, with the USDJPY’s range being the most obvious one. Even though U.S. equities sit at all-time highs, the JPY pairs cannot rally. It is unlikely they will do it until the end of the year.

Bank of England is expected to deliver a rate hike this week on Thursday, but traders are skeptical about the press conference. It may be that the bank will focus on “hiking for the wrong reason,” and will deliver a dovish statement.

In any case, the GBP moved higher against the dollar and the Euro, as traders either exit the earlier shorts or believe the Bank of England will be hawkish.

Like any NFP week, it starts slow, and the main price action will appear on Friday. Look for this one to be no different, as traders already look at the opportunities for the two trading months ahead.

Patience is key here as traders that booked the profits on the Euro rally don’t want to screw it at this time of the year. Hence, the recent Euro pullback has an explanation, but it might be just that: a simple pullback.