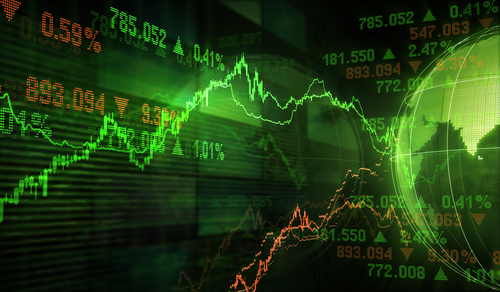 Can Crude Oil Price Stay Above $47.60 Vs US Dollar? GBP/USD Forecast – British Pound Bearish Within Range Vs US Dollar

Summer trading is almost over as we head into the second half of August. As such, the market will most likely end the lull trading sessions we’ve seen lately.

Don’t get me wrong, we’ve seen plenty of action. But, more or less, ranges held. The key this August was the EURUSD.

Bullish Flag or Not?

For the whole August, the EURUSD moved in a tight range. From the maximum 1.19 area to just below 1.16. Two hundred and some pips from top to bottom. Yet, an interesting pattern formed.

Many people noticed a bullish flag that formed in the meantime. It appeared on the daily time frame and it seems it will break any moment now.

I don’t know about that, but usually, what’s obvious in Forex trading don’t happen. If that was the case, all retail traders will make money. But, last time I checked, it wasn’t like this in the retail Forex market.

As such, I’ll be careful because flags are vicious patterns. The market can simply consolidate in a falling channel and then, on some news or whatever, to dive taking the stops below the channel.

Anyways, the channel held so far, and that was key to the Forex market for the month of August. USDCHF, for example, was extremely bid all August. It found buyers on all dips. Yet, it can’t rally because the EURUSD flows keep it heavy.

That’s just an example, but the same can e said about USDJPY. So, what makes Euro so bid?

In currency trading, the interest rate differential is everything. But, despite the Fed being in the middle of a tightening cycle, the dollar is down for the year!

And, there’s no other currency pair among majors that shows the weakness better than the EURUSD. To be honest, it had some help from the EURGBP cross flows.

The cross is in a fourth consecutive bullish monthly candle. The GBP weakness and Euro bulls are to blame for the almost vertical rise in the EURGBP cross.

The fundamental news didn’t matter this summer. The Forex market didn’t react and probably will still ignore it for a while. That is, until vacation is over.

The end of the week brings two important speeches. Both Draghi and Yellen are to deliver speeches on monetary policy at the annual Jackson Hole symposium in the United States. Considering that they’re due to speak Friday in the North American session, ranges may still hold until then.