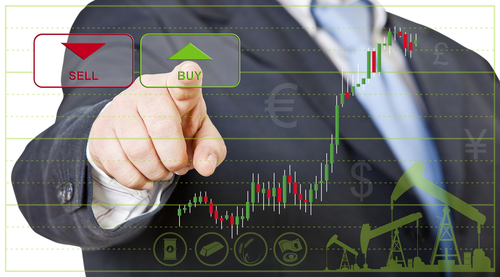 US Manufacturing PMI and NZ CPI

Recently in the US, the Manufacturing Purchasing Managers Index (PMI) was released by the Markit Economics for Jan 2017 (preliminary). The forecast was of an increase to 54.5 from 54.3.

However, the result was better, as the US Manufacturing PMI rose to 55.1 from 54.3 in Jan 2017 (preliminary). Commenting on the positive result, the Chief Business Economist at IHS Markit, Chris Williamson, stated “US manufacturers are seeing a bumper start to 2017, with production surging higher in January on the back of rising inflows of new orders”.

Overall, the result was positive, which is why the recent upside move struggled in NZD/USD near 0.7270-0.7280. However, there is a major release in New Zealand lined up tomorrow, as the CPI figure will be published by the Statistics New Zealand. The forecast is +1.2% in Q4 2016 (YoY). The actual NZ CPI result may impact the NZD/USD pair a lot, and could ignite the highlighted channel beak as well.

The New Zealand dollar was seen in an uptrend as it formed a base near 0.6900 against the US Dollar. The NZD/USD pair traded higher during the past few weeks, and managed to break the 0.7200 resistance, and the 100 simple moving average.

It looks like the pair is following a crucial ascending channel pattern with support at 0.7200 on the 4-hours chart. The pair recently found sellers near 0.7275 and moved lower. It may soon test the 50% Fib retracement level of the last wave from the 0.7128 low to 0.7276 high where it can find support.

In short, the pair may move down a few pips, but as long as the channel support at 0.7200 is intact, it remains in an uptrend. On the upside, the next major resistance is near 0.7300.