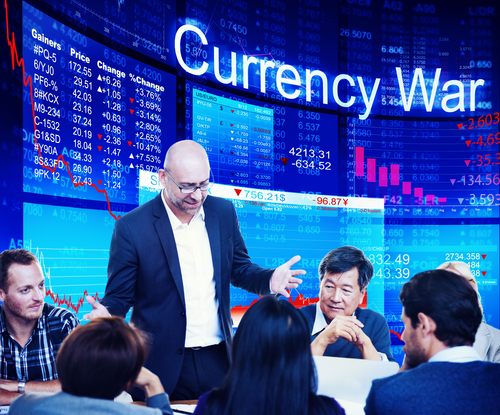 EUR/USD Forecast – Can Euro Recover above 1.2340 Vs US Dollar? USD/JPY Forecast – US Dollar Could Breakdown Vs Japanese Yen

The lethargic price action in the Forex market continues, as no currency pair seems able to make a decisive move. Despite the release of all kind of economic data, the Forex dashboard has nothing to show for swing traders or investors.

With the EURUSD caught in a range for the entire 2018 so far, many traders wait for a potential break to signal the end of the current ranges. It may be that they are right!

But what’s the direction? Some traders argue that the pair made a triple top around the 1.25 area and a further pullback is inevitable.

Some others claim that the pair consolidates in a bullish flag that will pop higher anytime soon.

For what I know, triple tops or bottoms rarely hold. Even if they do, eventually the market builds energy and flushes the levels out. Hence, you know my bias.

There is saying that says trading is a game of expectations. Looking at 2018 so far, I would add a game of patience too.

No matter how disciplined and trained you are, it is impossible to stay cool and calm for such a long time. That’s especially true if one trades for a living.

The problem comes from the fact that traders like these feel the need to do something. However, just because the market is open, it doesn’t mean a trade appears.

Yet, this is precisely what happens when the market takes its time and consolidates on bigger timeframes. Next thing you know, overtrading affects the account, and if the positioning is wrong, the market won’t forget anyone.

EURGBP and EURJPY Consolidate Too

The two crosses seem unable to make a consistent move. Just like the EURUSD, they keep the same ranges like the ones from the start of the year.

A close look at the EURAUD pair too, the 1.60 is a place to confuse both bulls and bears.

ECB didn’t help too. The Minutes released today revealed a higher Euro is somewhat troublesome for the central bank, as it affects inflation expectations.

The FOMC Minutes the other day showed another bullish statement for the USD. Yet, the EURUSD failed to react much.

Despite the ECB talking down the common currency, the Euro seems to be supported on dips. A bearish bias starts only if the EURUSD breaks below 1.2150, as the range will finally break.

But what if it breaks out of a bullish flag?