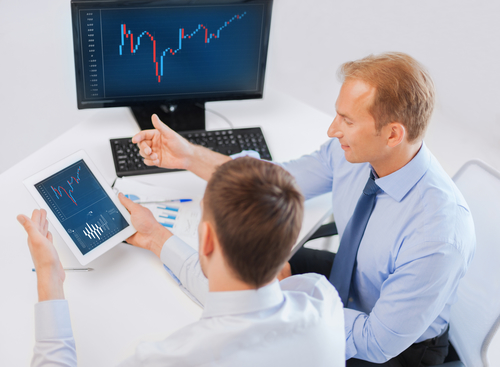 With the Federal Open Market Committee the other day, Yellen’s mandate as a Fed’s Chairwoman ended. To praise her work, her performance was nothing but stellar.

The Fed managed to avoid going into negative interest rates territory like many of its counterparts in Japan and Europe. Moreover, it started a tightening cycle and controlled the market reaction with a clear and precise forward guidance.

On top of it, the balance sheet normalization process started, with the unwinding being the most challenging part of her mandate. So far so good, we might say.

And above all, the Fed Yellen ran had to consider the new Trump’s administration tax program. Again, Fed did a great job. It only remains to wish Yellen all the best and to say a big thank you for her work.

How About the U.S. Dollar?

Despite all the hiking and the hawkishness from a fundamental point of view, the dollar isn’t enjoying any rally. Just the opposite.

I long argued here that the Euro squeeze is just the beginning of an ample move. The market seems to agree with that, as the EURUSD pair finds bids on every move below 1.24.

Other USD pairs seeing the dollar losing steam too:

– USDJPY deals around 109.50 at the time this article is written, and the pair may have a tough time continuing higher into the NFP release tomorrow.
– GBPUSD sits well above 1.42 and Brexit concerns seem to be just that…concerns
– USDCAD deals around 1.23 and only a couple of months it was knocking at the 1.30 level…what a difference a few weeks make!

The idea is the USD losses steam despite everything surrounding it being hawkish:
– Fed raised rates and willing to raise some more
– balance sheet tightening in progress
– tax reform shouls see U.S. companies repatriating dollars

However, the reality differs, and this is what makes Forex trading interesting and unique: surprises appear every step of the way.

As the market goes into the second month of 2018, the focus stays with the NFP tomorrow. Next week is pretty much light on USD data, so swing traders will focus on the jobs data tomorrow.

If the recent moves tells us anything, the EURUSD looks poised to take another look above 1.25, while EURJPY march higher should continue. Providing we’ll see that, the dollar will struggle into the release, but might find some support into the end of week trading.

The USDCAD looks interesting at current levels, even though 1.22 might still come before any meaningful bounce.