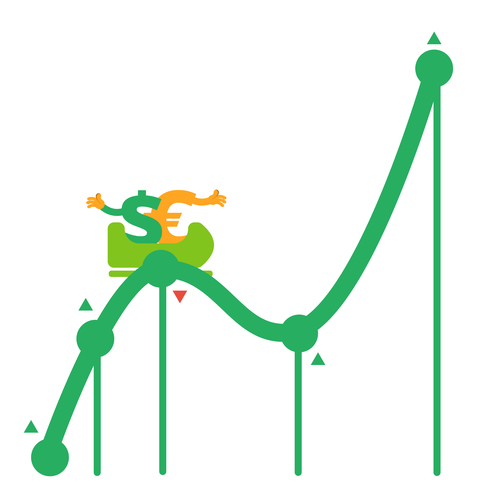 Last week’s NFP release failed to bring the much-expected rally in the dollar pairs. After all, the United States lost over thirty thousand jobs.

However, the Average Hourly Earnings rose significantly. This is the reason why the initial reaction saw a hurry to buy the dollar.

The market chose to focus on the potentially higher inflation data at the end of the week, rather than the actual NFP numbers.

On top of that, the unemployment rate didn’t confirm the weak NFP data. In fact, the rate dropped, further reinforcing the Fed’s hawkish stance.

Therefore, it seemed that the NFP numbers were mostly due to the hurricanes that hit the United States lately. Yet, the initial hurry in the dollar faded.

The Euro and the Spanish Problems

The Euro is in focus this week, as the Catalonia’s independence issue is on everyone’s lips. To put things into perspective, the Spanish government allowed for big companies to move their headquarters into other Spanish provinces. Over fifteen such companies did that, moving the equivalent of 36% of the Catalonia’s GDP.

While the businesses still operate in Catalonia, they won’t pay taxes anymore there. Why would the Spanish govern allow such moves if not to threaten the ones arguing for independence?

In any case, the political stance seems to be in lockdown mode, and Spain won’t accept any independence any time soon.

However, when it comes to the Forex market, traders won’t need much to position themselves. If there’s a place to see the first initial reaction, that’s the FX market.

As such, the Euro is in focus this week, together with the CHF and JPY as safe-haven currencies.

Bank of Canada and ECB

Next week we’ll see Bank of Canada and the ECB and the market participants will position for the two events earlier.

While Bank of Canada hiked rates at its previous meeting, the language used showed somewhat dovish intentions, if anything. As such, the USDCAD seems to offer an excellent buying opportunity moving into the interest rate decision.

As for the ECB, it is time to see what the central bank will do about tapering. The EURUSD pair hovers around the 1.18 level, but volatility will be on the rise as we move closer to the big Thursday.

Until ECB and Bank of Canada’s meeting, there’s the consumer price issue in the United States. While the headline inflation is expected to rise, the core one is projected to stay still.

Just imagine the Fed backed another rate hike this coming December. If Friday’s inflation data disappoints, one can forget about any rate hike this year.