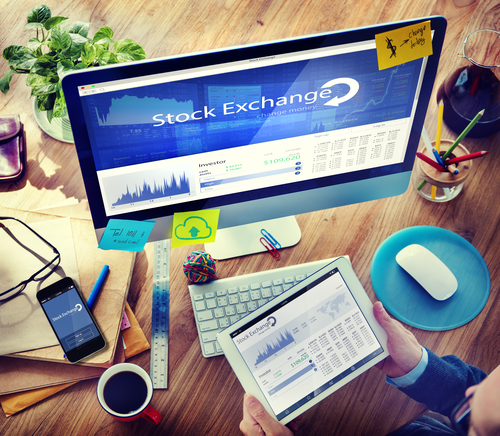 The currency market tries to keep up with the ongoing bullishness of the U.S. stock market but fails. Now that the Dow Jones printed above 22.6k, the sky seems to be the only limit.

Lately, some important economic events shaped the Forex market. And, traders look for the possible impact for the rest of the year.

The first notable thing is the unprecedented decision of the Federal Reserve of the United States to unwind the balance sheet. While the number of bonds the Fed will sell is not that much (only about 10 billion dollars’ worth of bonds), it is a start.

And, it will increase in time. The whole economic community around the world is watching. The thing is that no central bank tried this so far. Hence, no one knows what the effects will be.

The U.S. Stock Market and the Quantitative Tightening

For as long as the Fed bought bonds under the various quantitative easing programs, the stock market continued to be bid. And, the dollar found it harder to push higher.

Now that the Fed reverses course, the stocks should fall. They are at all-time highs.

It is true that the actual program didn’t start yet, but usually, traders act on expectations, rather than waiting until the effects will appear in the economy.

If you add to this the fact that the Fed is the only major central bank that raised the interest rates from the zero level and still plans to do the same, you’ll have the perfect riddle for the dollar. Why is it not higher?

One explanation would be political uncertainties. More correctly, geopolitical ones.

Until the world knows how to deal with the North Korean tensions, the uncertainty will be here to stay.

Another explanation will be the Trump’s administration tax cuts plans. If they go through this year, the reaction in the financial markets will be vicious.

We should not forget that the dollar is the world’s reserve currency. It means that the other nations in the world keep most of their reserves in U.S. dollars.

As such, any interest rate hike or tax cut plan that may affect the U.S. economy will move the dollar. Hence, will matter for everyone in the world, not only in the United States.

All in all, we’re in for an exciting end of 2017, with all eyes on the dollar and the Fed’s quantitative tightening.