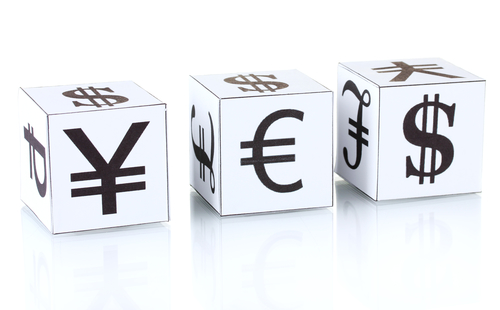 The week started with a bang as the German elections took everyone by surprise. Despite Mr. Merkel’s win, the far right German party won a surprising 12% of the votes, securing many seats in the Bundestag.

As a consequence, the Euro opened lower on Monday, with EURUSD leading the way. In a way, it was only normal.

I’ve argued here that EURUSD and the 1.20 level is not a place for traders to be long. In the meantime, it fell below the 1.18 handle, making the ECB happy as the staff projections regarding inflation were made with an EURUSD rate of 1.18.

The U.S. Dollar and Geopolitics

This week seems to offer a continuation of September’s price action. The market trembles when news out of the Korean Peninsula comes out.

It was the same the other day, as North Korea said it interpreted Mr. Trump’s speech over the weekend as a declaration of war.

In a matter of minutes, the DJIA and the USDJPY fell. Of course, the CHF followed suit, and gold jumped as well.

Yet, it is just an exchange of words so far. But, the market seems to be very careful when it comes to North Korea.

For dollar bulls, the Fed last week delivered a super-hawkish statement. It made room for another hike this year, and the overall tone was hawkish.

The initial reaction on the dollar was higher. USDJPY, USDCHF, and USDCAD jumped on the news, and the GBPUSD, AUDUSD, and NZDUSD fell. However, it turned out it was just a news-driven move.

For the EURUSD retraced back to 1.20 ahead of the German election outcome.

Today’s is Yellen’s turn to give a speech after Draghi testified in front of the European Parliament. If Yellen’s speech is a continuation of the FOMC message, which it may well be, the USD is set for further gains.

A special attention deserves the USDCHF pair, as it holds well above 0.97. With a bit of help from fundamentals, the pair could grind back to parity in no time.

No important economic events this week with the exception of the RBNZ (Reserve Bank of New Zealand) setting the rates on Wednesday. Other than that, look for end of month flows to influence prices.

The more we move into the end of week/month trading, the more the market will try to stop the wrongly positioned ones. For once in a long time, the USD has a chance to squeeze higher.