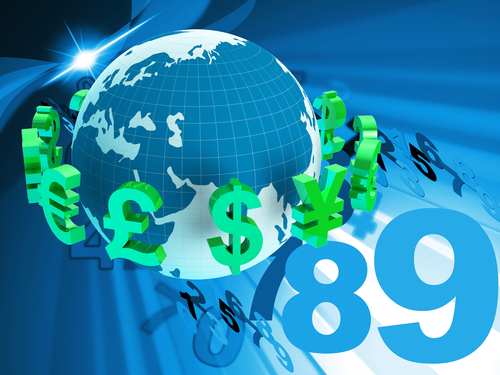 Today in in Switzerland, the SECO Economic Forecasts (Bern, 20.06.2017) were published by the Swiss State Secretariat for Economic Affairs. The market was expecting the agency to project the gross domestic product (GDP) to increase by around 1.3% in 2017, and by 1.9% in 2018.-

The actual result was mostly in line with the forecast, as the GDP is likely to grow by 1.4%, and by 1.9% in 2018. The report mentioned that “Although growth in the Swiss economy has steadily accelerated over the past two quarters, it has nevertheless fallen short of expectations”. The report also projected the unemployment rate of 3.2% in 2017 and 3.1% in 2018.

Overall, the USD/CHF may remain elevated, and there are high chances of a push above the recent high of 0.9762 in the near term.

The pair also managed to break an expanding triangle pattern with resistance at 0.9740 on the hourly chart and the 100 hourly simple moving average. It traded as high as 0.9762 before starting a correction.

The pair is currently testing the 23.6% Fib retracement level of the last wave from the 0.9695 low to 0.9762 high. There is a chance of an extended correction towards the 0.9730 support or the 100 hourly simple moving average.

The next major support is around the 50% Fib retracement level of the last wave from the 0.9695 low to 0.9762 high. Furthermore, there is also a bullish trend line on the same chart with support at 0.9720. Overall, any dips towards 0.9740 or 0.9720 can be considered as buying opportunities in the near term.