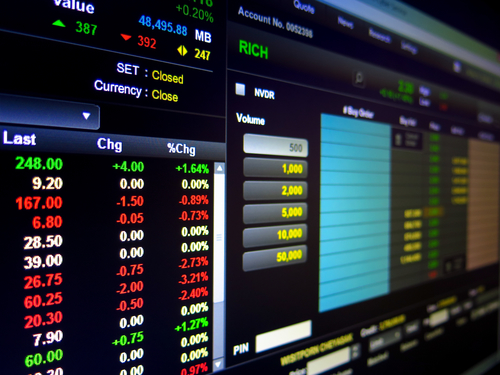 The Easter weekend brought relatively calm markets. The Forex pairs moved in small ranges ahead of the long weekend and even this Monday was a slow one.

It is only normal, as commercial banks in Europe were closed due to holidays. Expect volatility to pick up and things to precipitate as an important weekend lies ahead: the 1st tour in the French presidential elections takes place this coming weekend.

Until then, the Euro will see the CPI (Consumer Price Index – inflation) evolution tomorrow, with the yearly core inflation being seen at 0.7%. This is well below ECB’s (European Central Bank) target of 2%.

Expect the Euro to be pressured into these two events. The EURUSD pair is still moving in a triangular formation on the daily chart, but chances are that the e-wave of that triangle is completed.

The French presidential elections pose a downside risk for the common currency. It is a certainty that LePen will be one of the two candidates that will go into the second round.

The threat comes from whom her opponent will be. Both left and right parties are fractioned and there seems to be no unity to overcome the threat posed by a LePen victory. Many will not vote at all if their candidate will not advance in the second round.

I like to be short the Euro against the dollar, but I like it against commodity currencies like the Canadian Dollar and the Australian Dollar. The EURAUD cross seems to be comfortable above 1.41 one and 1.43 seems to be just around the corner.

Speaking of the Canadian dollar, the Canadian CPI will be released on Friday and there is a good chance it will beat expectations. I like the USDCAD pair higher with 1.36 probably in sight, but any longs should be closed ahead of the inflation release.

Lack of economic data made the market focusing on geopolitics. The United States is moving its ships closer to North Korean waters and I wouldn’t be surprised to see tensions escalate in the region.

The JPY being the main currency there will be all over the dashboard. However, any tensions should result in a higher dollar as it is still the world’s reserve currency.

The risk is that a flight to safety will not translate in market participants moving into the classical JPY and CHF pairs, but into the dollar. If that’s going to be the case, expect volatility to jump significantly in the case tensions will escalate.