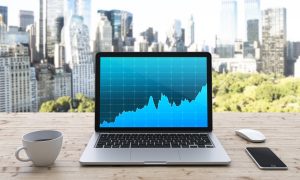 The Forex market is in a continuous consolidation mode as no one is ready to take a chance on the future direction of the USD or other major currency. Central banks don’t matter that much anymore as the focus is on the US trade policy and the chances the Trump administration is about to bring.

There are a lot of rumors regarding this. A border tax adjustment control of around 20% is rumored to be imposed, as well as a reform of the much-needed healthcare sector.

Nothing is for sure so for, and the market implications are a big unknown. It is being said/believed that such a border tax will make the US dollar stronger in an instant by around 15%, but other economists argue the reaction will be different.

In the meantime, the US equity market is enjoying the biggest rally in the last thirty years as capital flows are stimulated by a strong earning season so far. The Forex market is not confirming this move higher in stocks, but this could change in a blink of an eye.

February is almost done and everyone is looking at the big events in front of us in March. Bank of Canada tomorrow and ECB and NFP next week are important events capable of moving markets.

Hopefully, we’re going to see some sustained moves, as the whole market is just moving in ranges since November 2016 Presidential elections. Fundamentals are pointing to this range to continue, despite plenty of risk events ahead.

Elections in France and Germany, article 50 triggering in the UK and the possible new Scottish independence referendum are enough to cause risk coming to the markets. However, so far, all these seem to pale in front of the new changes that are in the pipeline in the United States.

The AUDUSD pair is simply not moving from the 0.77 area, leaving traders wondering what is going on. The USDCAD is waiting for Bank of Canada to find direction (even though we all know the BOC is dovish on the CAD due to US uncertainty regarding the NAFTA deal), and Euro is ranging as well.

These market conditions are dangerous as they lead to excessive risk being taken. The problem with this is overtrading and when ranges break, the potential damage is substantial if the overall positioning is wrong.

In conclusion, after a ranging February, March has plenty of important events to move the Forex market.